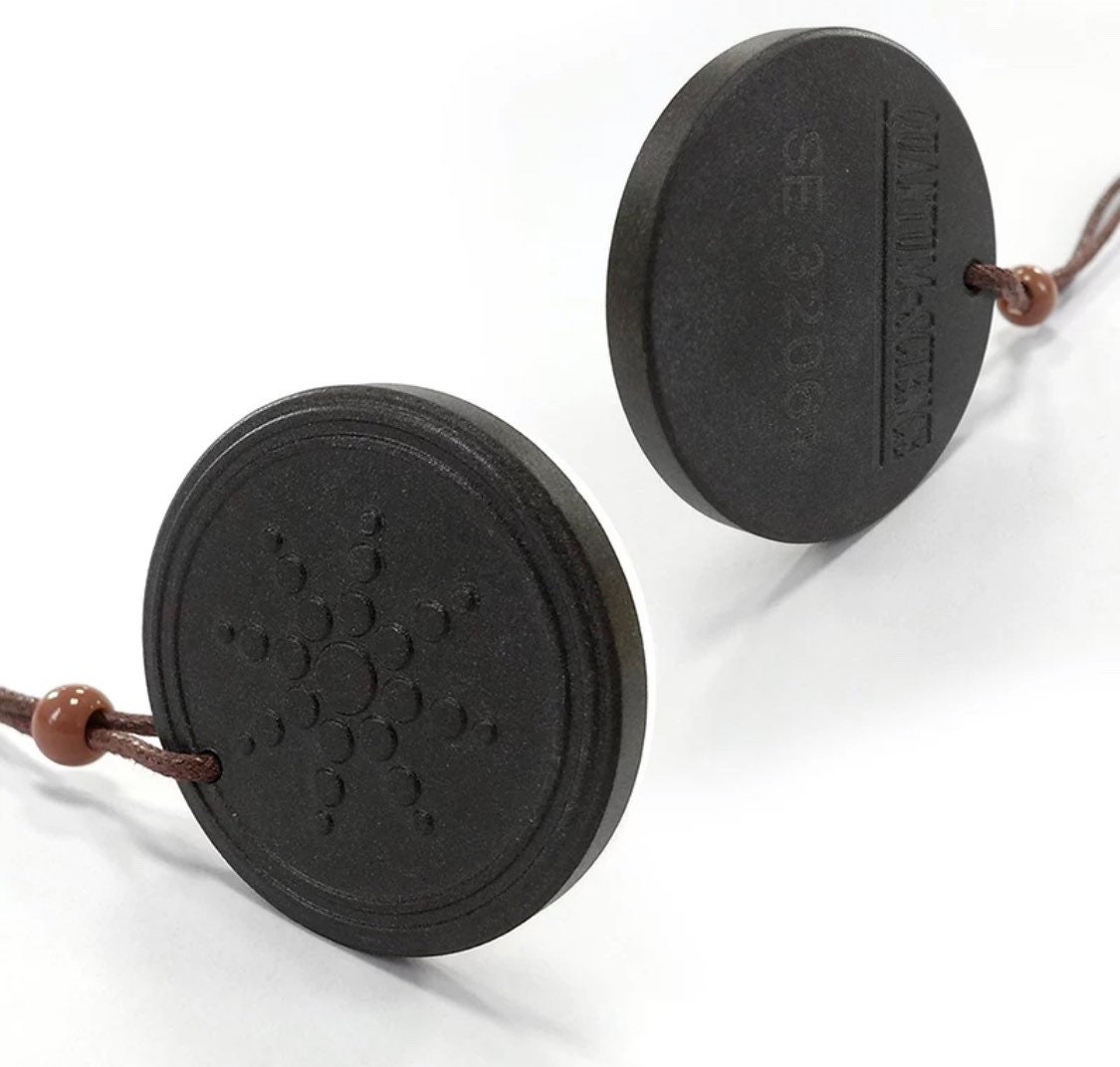 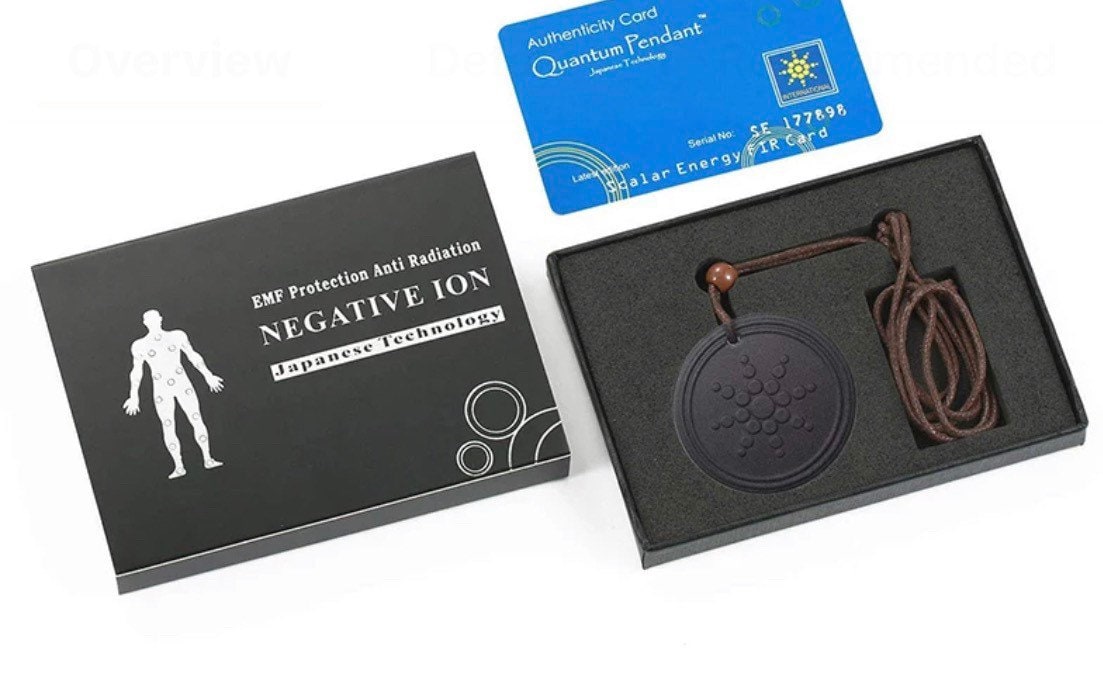 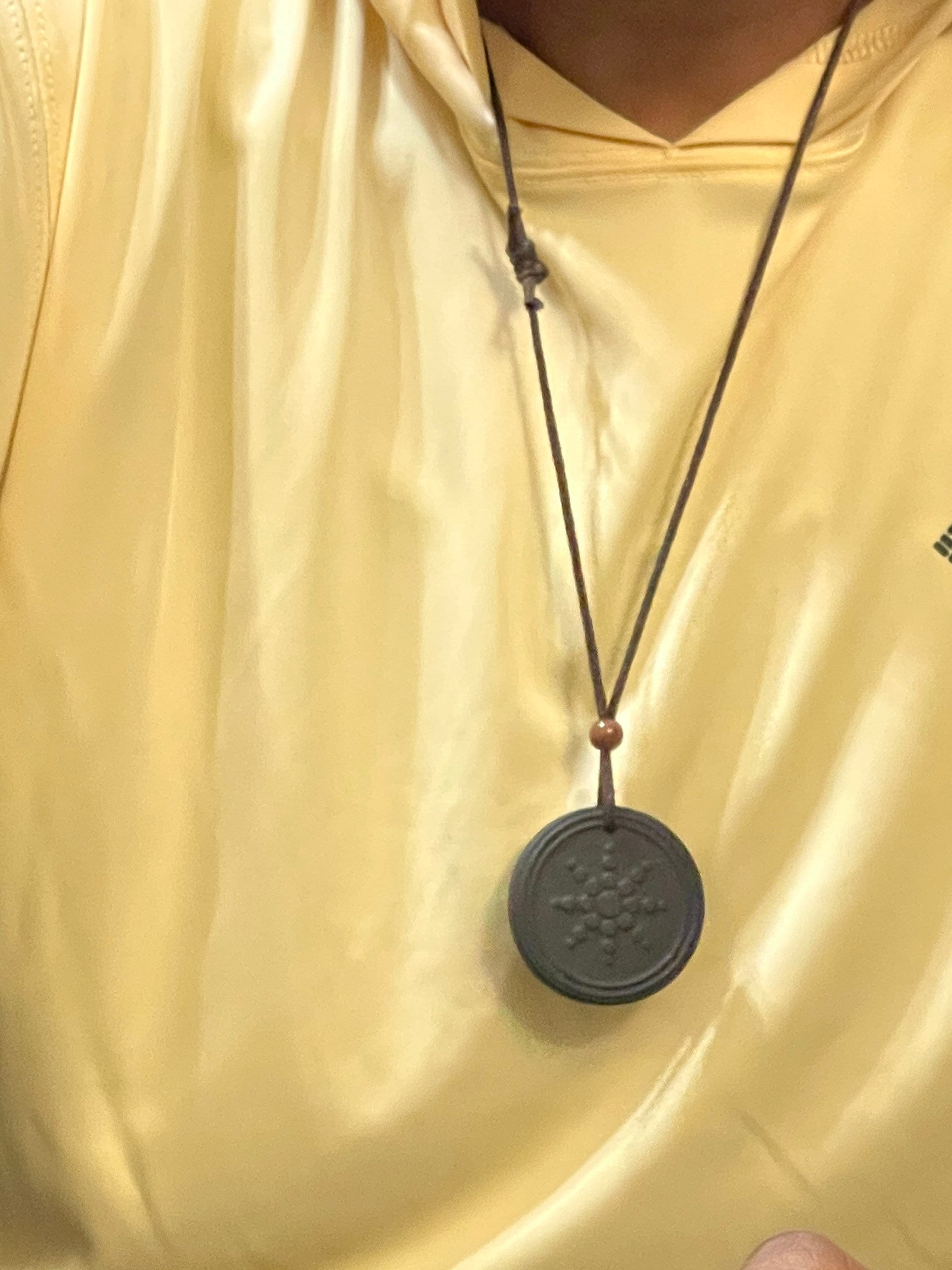 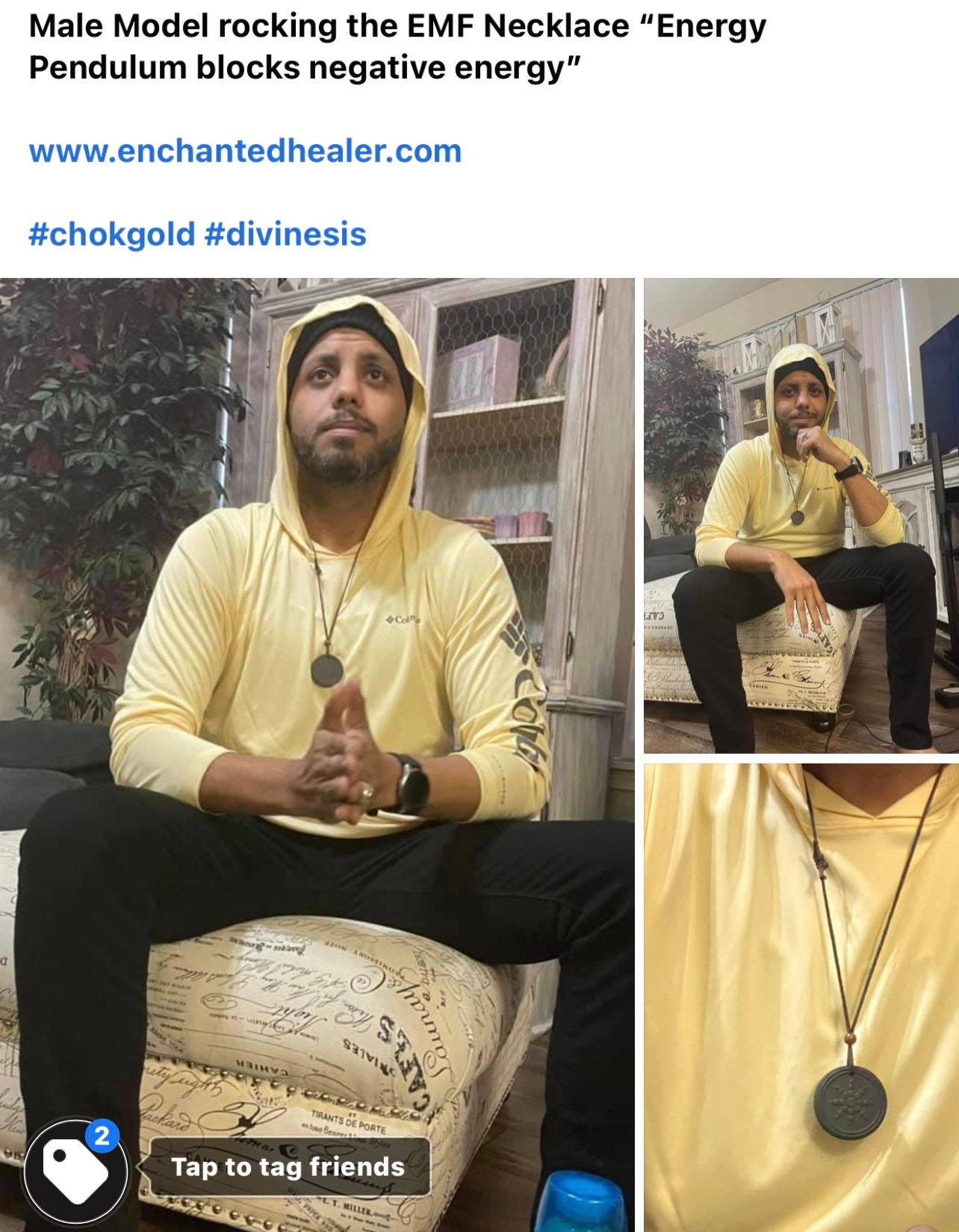 This special pendant is made up of 27 different materials lab-tested to help neutralize EMF from cell phone & wireless radiation. Negative ions are infused into the pendant which help protect you against ionized & low-level EMF radiation.


According to some scientists, EMFs can affect your body’s nervous system function and cause damage to cells. Cancer and unusual growths may be one symptom of very high EMF exposure. Other symptoms may include: sleep disturbances, including insomnia.

How to Use Quantum Pendant?
Wear Quantum Pendantover the neck, or place it directly on the affected body parts (e. G. Knee, back, shoulder, ankle, etc. ) to relieve stiffness or soreness.
Place it over the forehead for headache and relaxation
Place it over the abdomen for stomachache and period pain Quantum Pendant turns the water in your body into healthy, energized, small-clustered water!
Quantum Pendant does more than just break down the water molecules and energizing your drinking water. When you wear it, it keeps the water in your body grouped into small cell-penetrating clusters. These tiny clusters of water easily pass through cell membranes, carrying nutrients & oxygen into our cells, and waste & toxins out. This easy passage of water into and out of our cells is what keeps the cells clean, young and healthy.

The Historical Discovery Of Pendant Protection
The pendant and how it works can be explained by the scalar energy history.

James Clark Maxwell discovered Scalar Energy in the 19th century. Albert Einstein and Nikola Tesla were contributing forces that helped show and prove the existence of Scalar Energy. In Chinese it is known as Qi, Japanese is Ki, Natives call it Prana. Modern day science is finally catching up to the ancient wisdom that has been known for centuries.

Scalar energy is a very unique and important energy because it is a stationary energy that cannot be measured in electromagnetic waves. It has been known to reduce and potentially eliminate many forms of disease. Since its discovery, the true power of scalar energy has been known by few and still remains a scientific mystery.

I'll do my best to meet these shipping estimates, but can't guarantee them. Actual delivery time will depend on the shipping method you choose.

Ship items back to me within: 14 days of delivery

I don't accept returns or cancellations

But please contact me if you have any problems with your order.

The following items can't be returned or exchanged

Because of the nature of these items, unless they arrive damaged or defective, I can't accept returns for:

Please do not eat hair products.

How to use Chebe Cacao cream


How to Use Chebe Butter :
• Use as a hair mask and cover with cap. Let it sit 1 hour or more, then rinse it out
• Leave-in Before Twist Out or Braid Out
• Leave-in Hair Before Braiding and Installing Sew-in Extensions, or before covering with a Wig

0 items in your cart